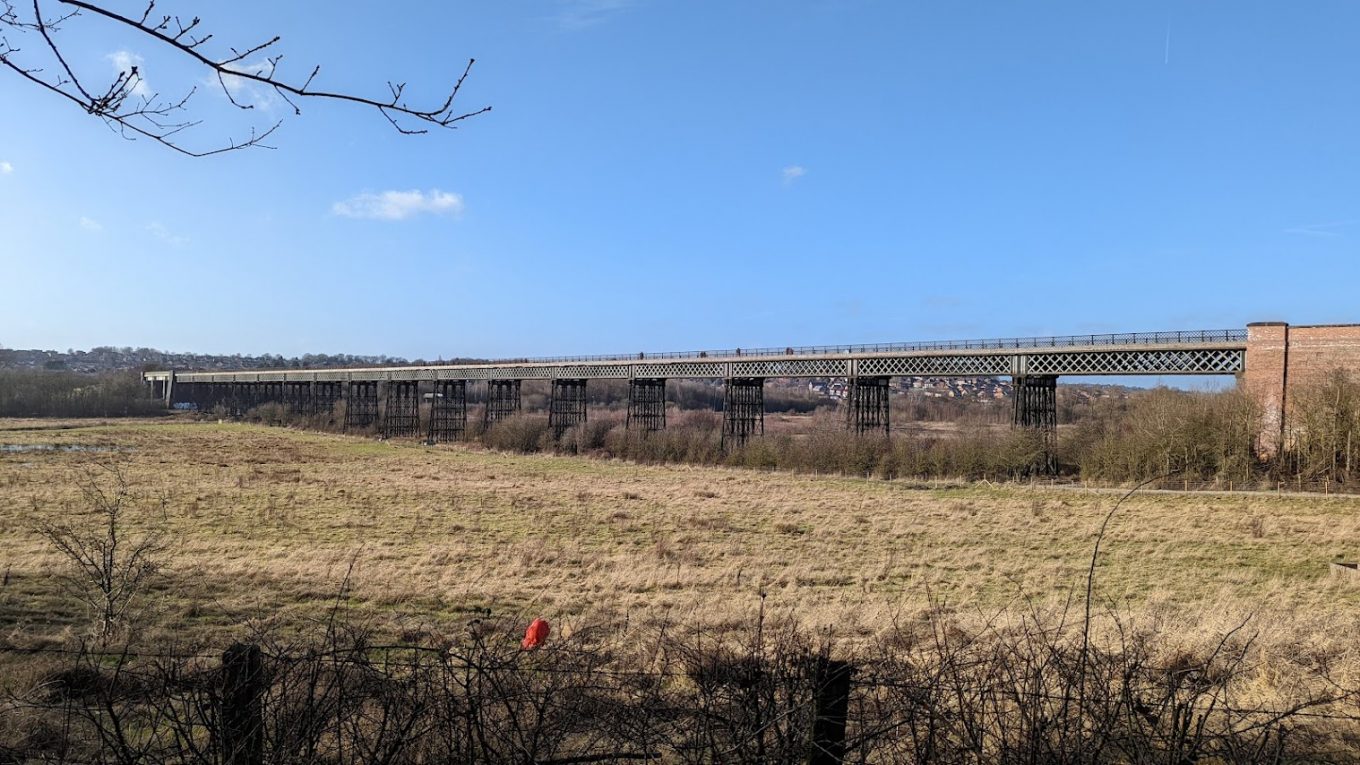 On Saturday January 29th 2022, I took the train from my home in Stockport across to Ilkeston in Derbyshire to visit a unique piece of railway history.

The Bennerley Viaduct was constructed to carry the Great Northern Railway Company’s Derbyshire and Staffordshire extension. Building this route meant overcoming a significant engineering challenge as all the easy routes had already been taken. The biggest obstacle was crossing the Erewash Valley between Awsworth and Ilkeston.

The magnificent Bennerley Viaduct was completed in 1878 after eighteen months work, and was used by passenger services until 1964 and freight trains until 1968. The tracks were removed in 1969 and the viaduct was closed. The structure no longer had a purpose and it became a liability for British Rail.

I’m delighted to say that thanks to hard work, funding and dedication by a lot of people, the viaduct re-opened to the public on January 15th 2022 – this time as a walking route.

The re-opening of the Iron Giant is testimony to the way which groups have worked together. The viaduct’s owners, Railway Paths, the community, funders, councils and special interest groups all joined forces to achieve a common goal. We thank the generosity of the funders who have supported the project and helped bring our long held vision to fruition. Special thanks go to Railway Paths who led the project.

The Friends of Bennerley Viaduct

I came from the western end having walked along the Erewash Valley Cycle Trail which runs alongside the Erewash Canal. I’ve never seen so many people fishing! It was really nice. I’m also delighted to report that one end has been made accessible with slopes too so if you need a step-free route onto the viaduct then approach it from the western end like I did. The eastern end has steps, but descending from such a height in such a small place I can see why a different approach wasn’t possible.

The view from the top was awesome. The bridge deck where the tracks used to run has now been boarded out flat, and there are various points along the viaduct where you can get close to the edge to take pictures.

The structure is really impressive, and if you’ve ever travelled by train between Chesterfield and Nottingham then you would’ve almost certainly seen it from the window. I learned a lot about it from an episode of The Architecture The Railways Built, a fantastic TV program presented by Railway Historian Tim Dunn. I’d thoroughly recommend this program if you haven’t seen it already – at the time of writing, this particular episode was still available to watch on UKTV Play here.

So if you find yourself in Derbyshire, I’d definitely recommend paying the Iron Giant a visit. The architecture is impressive, the views are awesome, and on either side is the opportunity to walk along some nice canals as well.