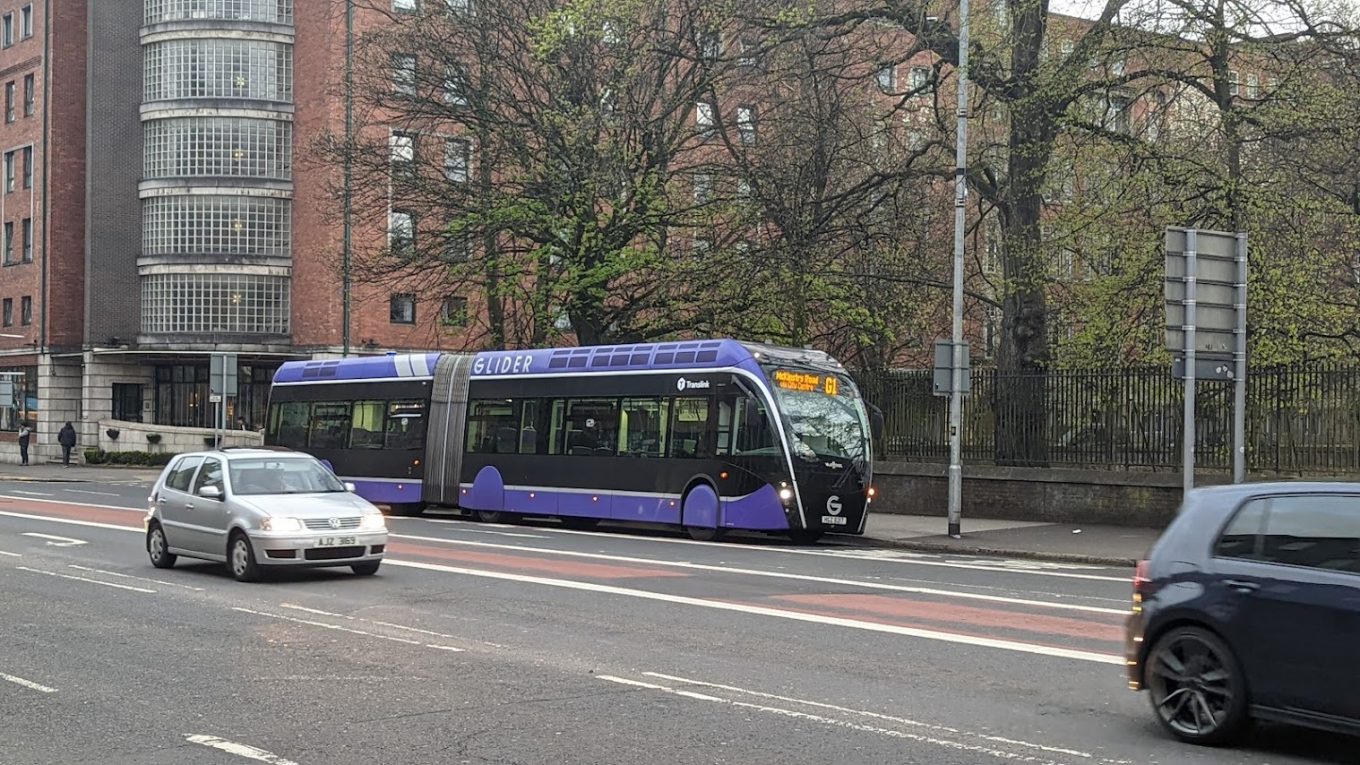 For my birthday on April 15th, I flew over to Northern Ireland and during my visit took a ride on the unusual Glider buses operating in Belfast. Glider is a bus rapid transit system designed to improve the efficiency of mass transit in the city by connecting East and West Belfast and the Titanic Quarter via the city centre. The service is operated by Translink, a public corporation in Northern Ireland which provides public transport including buses, trains and coaches.

Construction on the Glider system began in 2014 and the first services commenced on September 3rd 2018. There are currently two routes; the G1 and G2, and consultation is currently taking place regarding future expansion of the system. Significant sections of both routes run along bus lanes, allowing the Glider services to cut through busy areas with ease.

The Glider vehicles are Van Hool ExquiCity 18 articulated buses and have three doors. They are approximately 18 metres in length. The interior is a mixture of seating and standing, plus free WiFi, USB sockets, real-time visual and audible information and CCTV cameras.

Glider is a bus service, but I noticed a lot of similarities with tram systems I’ve used. For example, the Glider stops reminded me of tram platforms because they included additional seating, shelter, a ticket vending machine and a live departure board. Also, you buy your ticket before you board, and open the doors by pressing a button. You can’t buy tickets from the driver, and revenue inspectors do board the services to check tickets and passes.

I thought it was a really good system, taking the best parts of trams and buses and combining them together. I’m a big fan of buying before boarding because it reduces the dwell time at each stop. Because of my visual impairment and being in a city I didn’t know very well, the audible announcements were extremely helpful. I hope that the future expansion of the system goes ahead. Interestingly, a number of similar systems used to operate in England and Wales called FTR but all have now stopped, I wonder if the system for Belfast will be more successful?